I honestly thought the movie was wack, rushed (storytelling aspect), corny, and not well written. No disrespect to the production team, writers, and cast but that's just my opinion. It annoys me when some people say you're hating or you are not old enough and that's why you can't appreciate the movie. That's not the case. True enough when Tupac died I was still a kid but as I got older I was able to really appreciate the messages in his music and through watching documentaries and his old interviews I was able to get pieces of his character. The movie didn't capture his character or essence. He was one of the most influential rappers but the movie didn't show why he was so impactful to hip hop or black culture. Some of the acting and scenes were so weak and melodramatic that it made me cringe. The movie really lacked authenticity, emotion and passion which made it hard to connect with the characters. It didn't feel like I was watching the actual characters, just people who were dressed up trying to play roles that weren't convincing. When the actor that played Snoop started talking I burst out laughing because it was more like he was doing an impersonation than acting.

Jada Pinkett even spoke out about the film saying she didn't like the way her and Pac's relationship was portrayed. I don't know if the producers or writers tried to contact her for input but they should have since she was such an integral part of his life. Tupac's death scene at the end was comical and melodramatic!


Pac's life was so controversial and complex that I knew whoever decided to step up and take on the task of turning his life into a big screen movie was putting a lot on their shoulders. It's difficult anyway making a film about someone who has died because they can't give their input and you have to rely on so many sources for information. If you haven't seen the movie yet I suggest you save your money and catch it outside the movie theater, or watch it for yourself and make your own decision like I did.

If you want to know the story of Tupac you should watch a documentary or watch old videos online because they paint a clearer picture than this watered down movie. Maybe despite how bad we wanted to see a big screen film, a movie wasn't necessary to preserve his legacy.

One of my favorite Tupac tracks 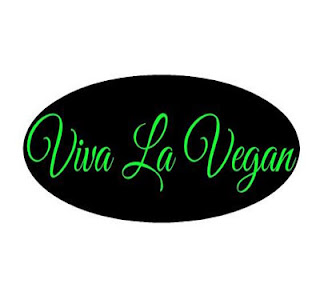 I said I would keep y'all posted on my food escapades in the ATL, soooooo another place that I recommend and have been to a few times is Viva La Vegan. This spot is another restaurant that was highly ranked in Atlanta. The food served is all vegan but don't let that OR the building itself scare you away from visiting.

The food that I tried was pretty good and this is coming from someone who isn't a vegan. I eat a majority plant based diet, but I'm not a full out vegan, and I do occasionally eat seafood and some turkey products. I have to emphasize that because you don't have to be a vegan to enjoy the food.

I wouldn't say it's necessarily the healthiest because a lot of the items are fried. I would categorize the menu as "comfort food." I've had the shrimp poboy, fish poyboy, pea burger, bbq bacon burger, kale salad, dill fries, and sweet potato fries. I also had a small piece of my sister's strawberry oreo cheesecake but it wasn't enoug…
Read more