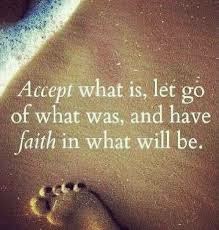 In a few hours 2014 will be in the rear-view and a new year will begin. I’m actually anticipating the arrival of 2015 because honestly this past year has been pretty difficult for me. Life is a combination of highs and lows but I was experiencing a lot more lows than highs despite the picture that my social media pages painted. We like to advertise to the world our joys but we silently hide our pain. I guess you can call it growing pains because as you get older it’s inevitable not to get hit by one of life’s curve-balls. The feeling of being carefree is one of the things I miss the most about childhood because you really don’t have to deal with the problems that come along with life, and it’s not that problems aren't there but as a child you get a period of immunity from them.

One problem that I have struggled with is letting go of past hurts.
It’s crazy how you can create your own unhappiness and depression by holding on to things that are no longer a part of your life. I’m an over-thinker and an over-analyzer and sometimes I let my thoughts drive me insane. I focus on the “woulda, coulda, shoulda’s” and look at the negatives sometimes instead of focusing on the positives.  What I’m realizing is that the way you think about or react to an issue is actually the real problem. Your mindset can make or break you.

I've said this before but I no longer make New Year’s resolutions. My goal is to look back at this point at the end of next year and to see some progress and change for the better. I’m going into the New Year working on my mindset. Although this past year has been rough, I've had some great moments, but because I was focusing on
the negative experiences I let it overshadow all of the blessings that
I have received and are still receiving. I made a list of some things I want to do better in the New Year and if you feel inspired, I encourage you to try them too.

1. When things seem to be going wrong, remind myself of what’s still going right

3. Remind myself that it’s not all about me.

I will admit that at times I get so caught up in what’s going on in my life that I forget that other people have problems that they’re dealing with too. I’m going to work on checking on other people more and asking them how they are doing . And in general I’m going to start speaking more and interacting with people that I don’t know. A hello or how are you doing could mean the world to someone. (You tend to get back from the universe what you put into it).

Sometimes I can easily become offended and I can be very defensive at times. I’m just going to work on letting things go. Being mad and holding grudges have drained so much of my energy in the past.

5.     Continue to pursue what I’m passionate about.

So many of us talk about the things we want to accomplish but we never put any action behind it. I made a decision to get out of my comfort zone a few months ago and try something different. I have no idea where my endeavors will take me but I want to at least look back and say I tried.

So that’s my list…simple and sweet. This time next year I want to come back to this post and compare my growth. The later part of 2013 and all of 2014 have been a roller-coaster but I’m so ready to see what 2015 will bring. Dear Life be good to me this year!