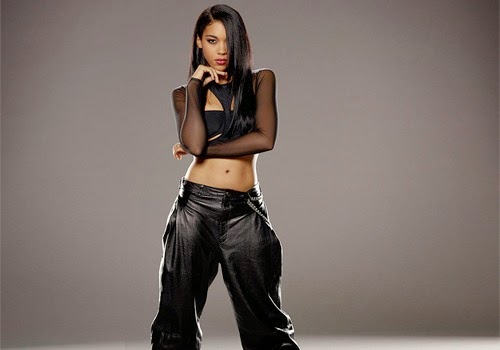 Try Again, the title of a hit track by the late singer Aaliyah ironically also describes the internet reactions from many of the fans who watched the movie that premiered on Lifetime Saturday night. As an Aaliyah fan, I was very disappointed by what I saw, but based on all of the controversy surrounding the movie from the beginning of filming, I didn't have high expectations for the film.

I just don’t know where to begin with everything that went wrong with the movie. A huge issue that a lot of the fans had was the casting choices for the film. Originally Disney star Zendaya Coleman was cast to play Aaliyah. She caught hell from outraged fans who felt she looked nothing like the late star. Of course the race card was brought up and the media twisted the story to imply that fans felt that Zendaya wasn't “black enough” to play Aaliyah despite her being biracial. I shared the sentiments of most fans who felt it was Zendaya’s lack of resemblance to Aaliyah rather than her skin complexion that was the problem. They just didn't look anything alike. Alexandra Shipp, another young star who is also biracial eventually snagged the role after Zendaya decided to pull out of the movie. Zendaya explained that her decision had nothing to do with Aaliyah’s outraged fans but more to do with the shady production of the movie itself. 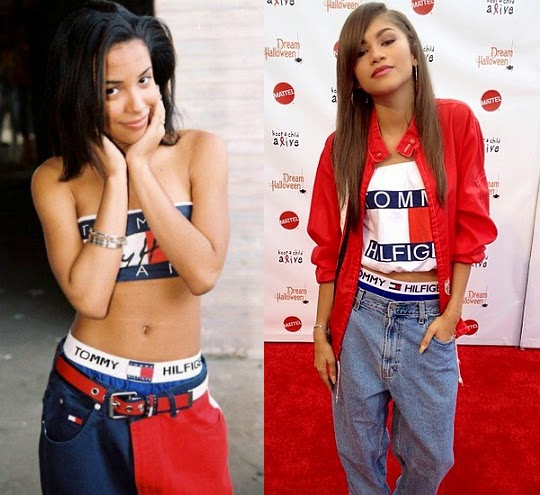 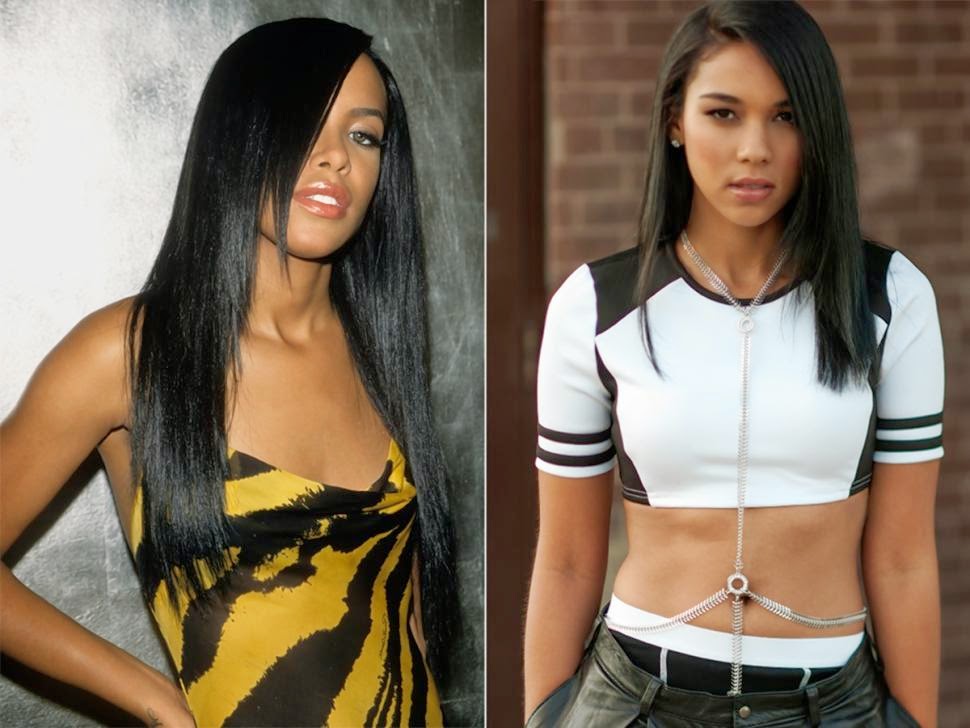 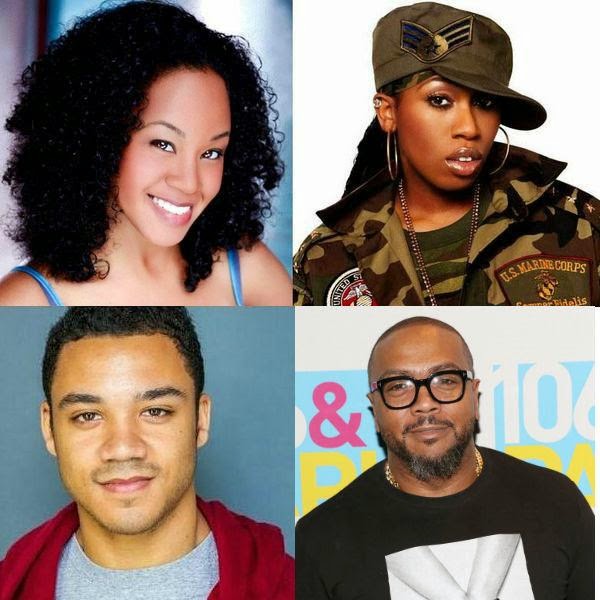 That brings me to the next issue I had with the movie. The family of Aaliyah stated years ago that they didn't want a movie to be made about her life, so they had no involvement with the Lifetime movie production. Because of this producers weren't able to gain access to the music rights of Aaliyah which is why the movie contained no original music. That fact alone was the set up for a movie doomed for failure. With no input from family and friends, the writers based the movie solely off of a book about Aaliyah titled More Than a Woman which was written in 2001. Additional details in the movie were just fabrications of what the private star’s life was probably like. How can you accurately portray the life of a person without any input from the people who were a part of her life? The movie wasn't even worthy enough to be called a biopic. I think Aaliyah fans were cheated because nothing about the movie embodied Aaliyah.  Her mannerisms, style, persona, and sound were recreated.  It was a bootleg version of the original Aaliyah and nothing about the movie felt authentic.

When gossip queen Wendy Williams jumped on board as an executive producer for the movie I knew things would only get worse. Wendy was adamant about shining light on the alleged relationship between the R&B star and singer/producer R. Kelly. When she was only 15 it was rumored that Aaliyah and at the time a 28 year old R. Kelly secretly wed. Besides a discovered marriage certificate, the matter was never addressed or publicized by either Kelly or Aaliyah who both denied the rumors.  To focus so much of the movie on the alleged relationship was just disrespectful to the family, friends, and fans of Aaliyah. I think the movie did more harm than good to her image.

Honestly I think it would have been better if a movie was never made; if you’re not going to tell the story right, don’t tell it at all. There has been talk that another big screen movie is in the works about the star’s life but I think it’s unnecessary at this point.  The only reason I would want to see another Aaliyah movie is just so a more accurate portrayal of her life could be shown.  Just let fans remember the image they had of Aaliyah, and for those who want more insight into who exactly the R&B princess was there are enough interview clips and music on the internet to give a clearer picture than what the movie depicted. 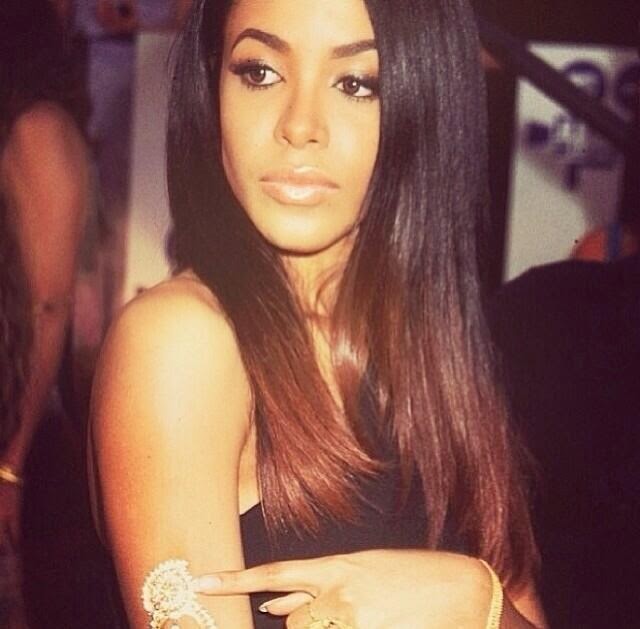 “It’s hard to say what I want my legacy to be when I’m long gone. I want people to remember me as a full on entertainer and a good person.”
~Aaliyah

The internet memes and commentary throughout the movie from fans were hilarious. Music producer and friend to Aaliyah Timbaland even jumped on instagram to post his thoughts about the movie that he referred to as some bull sh#t! Check out some highlights below. 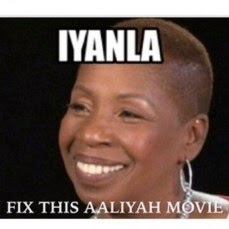 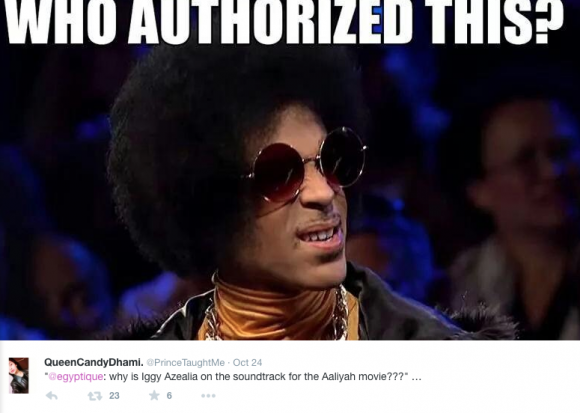 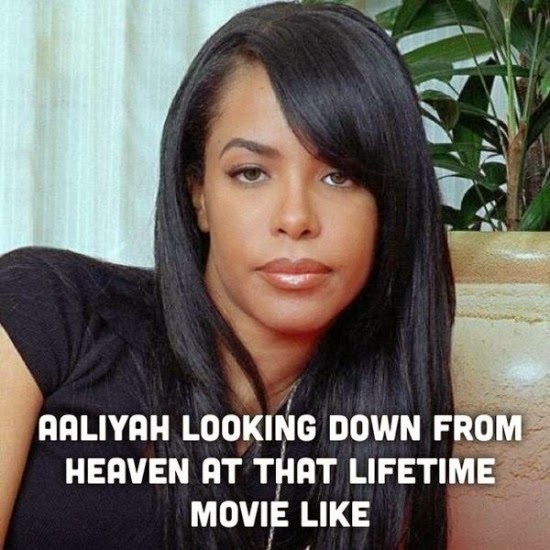 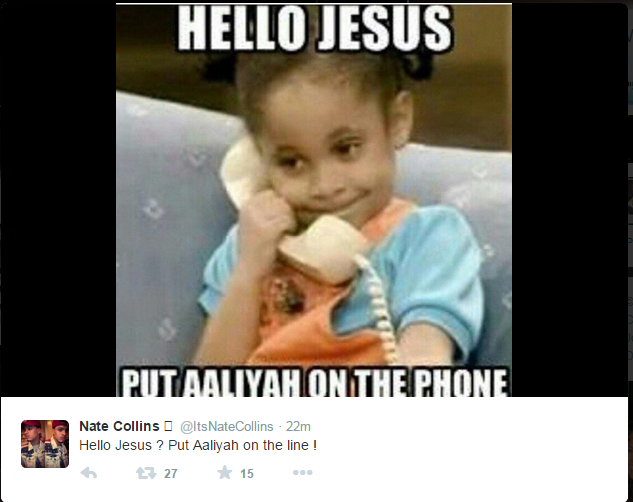