One Moment in Time: Remembering Whitney One Year Later... 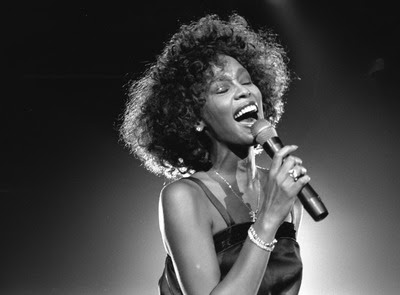 
There are some moments in life that you can look back and vividly remember every single detail. I will never forget the moment when I heard the news that Whitney Houston had passed away. I was out shopping when I overheard two women talking about a female singer who had died. I could barely make out what they were saying, but I heard them say the words "Whitney" and "singer." I remember becoming so anxious and nervous that I couldn’t concentrate on shopping anymore. I took the clothes that I wanted to buy to the cashier, and I hurried to my car to check my phone that I had left on the charger. I had a few missed calls and some text messages, but one text in particular confirmed the news that I was dreading to hear. It read: “Whitney Houston is dead.” I remember driving back home, listening to the radio in a state of shock. I pulled my car over and turned down the music, and I just sat in silence for a few minutes while taking in the news.


No, I never knew this woman personally, but I was saddened to hear that she was gone. When she was in the prime of her career, I was just a child; however, her music was still a big part of my life. I can’t count the times I picked up a brush and pretended it was a microphone so I could lip sing to one of her songs. She was just Whitney Elizabeth Houston, an ordinary Jersey girl with an extraordinary talent. She didn’t need back up dancers, pyrotechnics, or anything extra to enhance her gift; all she needed was her incredible voice, and that was enough to captivate so many around the world. Once she became a star, her life was put under a microscope and people observed her every move, from her quick rise to superstardom to her slow and ultimately tragic fall. Like any individual, we all have flaws but unfortunately because of her celebrity status her flaws were showcased publicly for the world to see. It’s amazing how people can love you when you’re on top but quickly forget about you when you fall to the bottom.


On the day of her funeral, I joined in with thousands of others to view the public memorial on television. Of the over 3 hour memorial, the part that touched me the most was at the very end when her casket was picked up and carried away while her song, “I Will Always Love You,” played in the background. It became a reality in that moment that every single person, including me, will meet that same fate. Our lives are made up of moments. When we’re gone, they will be just moments at one point in time. Death always makes me question my life and how I will be remembered or what imprint will I leave. Whitney is no longer here, but she left an imprint that will last a lifetime.
"Give me one moment in time
When I'm more than I thought I could be
When all of my dreams are a heartbeat away
And the answers are all up to me
Give me one moment in time
When I'm racing with destiny
Then in that one moment of time
I will feel
I will feel eternity........

You're a winner for a lifetime
If you seize that one moment in time
Make it shine"........

-Whitney Houston ("One Moment in Time")
﻿
Whitney in the prime of her career performing "Saving all my love for you" at the 1986 Grammy Awards. Her voice was incredible!


Whitney performing "I Have Nothing" in South Africa (1994). This is one of my favorite live performances.