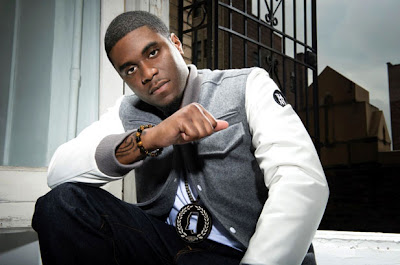 It has been a while since I’ve gotten excited about a hip hop artist. With many musicians today taking the mainstream route by substituting real lyrical content for gimmicks and trends, it was refreshing when I came across Justin Scott. If that name doesn’t ring a bell, you might be more familiar with his industry name, “Big Krit.” Krit is an acronym for King Remembered In Time, a name that I feel suites him perfectly.
It was around the end of 2010 when I kept hearing a constant buzz surrounding Krit. I had to see for myself what all the hype was about, so I jumped on the net and started to do my research on this guy. I listened to a few of his songs, but one in particular that caught my attention was “The Vent.”  Below are my favorite lines from the song:
Trade my materials for a peace of mind
I’m so close to heaven, hell I just need some time
Who cares about life and the highs and lows
Maybe I should write another song about pimps and hoes, cars and clothes
Idol gods, golden calves, louie scarves
I do this for the love and it’s free of charge
I don’t need jail to be behind bars
This is purely art, in my grandma’s household this was surely taught

When I first heard Krit’s music, it put me in the mindset of artists like Outkast and UGK because of his southern sound and appeal. He brought back that old school hip hop vibe from the 90’s leaving me with a sense of nostalgia. The brotha has been on the grind for years, but it wasn’t until he dropped his mixtape “Krit Wuz Here” in 2010 that people really started to take notice of his undeniable talent. The authenticity, candidness, soulfulness, and subject matter in his music are what I feel distinguishes him from other artists, and not to mention he produces his music and makes his own beats. Krit has stayed true to his southern roots, and he definitely hasn’t forgotten where he came from (check out the picture above); he chooses to rock a medallion representing his home state as opposed to flashier bling. His humility is another characteristic that has taken him very far; he never hesitates to acknowledge God and his late grandmother, two important elements that have shaped him over the course of his life.

The road hasn’t been easy for Krit. At one point all he had was a dollar and a dream, and hard times almost made him give up on that dream. As a fellow Mississippian, I’m happy to see him living out his dream while at the same time touching people with his music. I wish him much success with his budding career, and I can’t wait to see what the future has in store for him. I see ya Krit! ; )

“I know a lot of artists may sacrifice their creative control or content in order to survive financially. I’m going to stay true to myself as far as music is concerned. I would rather stick to lyrical content and I would rather be broke and keep it real than to be a slave. At some point, you can’t really change….. the way you entered the game is how people expect you to stay.”
-Big Krit 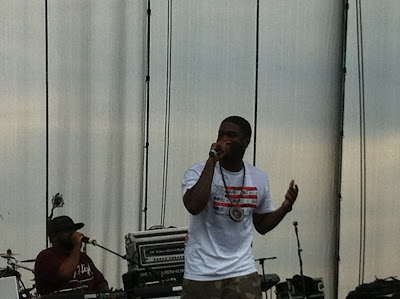 Big Krit performing at the Beale Street Music Festival, Memphis, TN 5/5/12
This was my first time seeing him perform live. 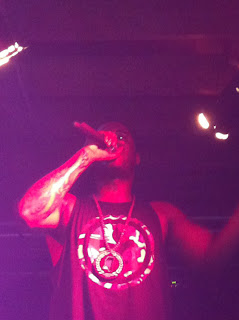 ﻿
Krit performing at Hal and Mal’s in Jackson, MS 8/8/12
“Live from the Underground tour”
I have to say this was one of the livest shows I’ve been to. The energy was crazy…. great show! Sidenote: Ladies if you’re planning on attending a Krit concert be prepared to get wet! Water WILL be thrown in the crowd. I walked in with my hair laid and walked out with a mini afro!! lol