June 24, 2012
*This story is based on an actual event. Special thanks to the trifling young man who inspired the story.*

As I was heading back to my car to get the remainder of my groceries, I noticed a small note on the windshield. I hesitantly opened the note and read the tiny words written inside of it:

Enclosed in the note was a business card with his number written on it. Diego was one of my neighbors who lived in the same building; his apartment was just below mine. 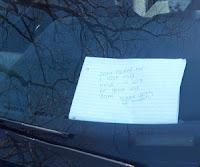 Thoughts quickly fluttered my mind, as I began to go into deep contemplation of even calling this guy. I wasn’t the least bit excited about getting to know him because I had reached the plateau on meeting new people and dating. As much as I was tired of the single life, I was just as tired of forming relationships that were not going anywhere.  I decided to play detective, and ask a few of my friends if they knew this “mystery man.”  My friends didn’t know him personally, but from what they heard he seemed to be a decent guy.  It turned out that one of my friends was his cousin, so obviously she had amazing things to say about him.


I actually didn’t decide to get in contact with Diego until two or three months after he left the note on my windshield. One day while taking out the trash, I noticed him going inside of his apartment with a Bible in his hand.  I kept thinking to myself, “Am I missing out on a good catch?”  With bursts of curiosity, I finally decided to put his number to use. I texted him later that day to see how he was doing.  He was shocked that I still had his number from the long elapse of time.  Things began with occasionally texting one another but we never had a verbal conversation. He made several attempts to meet up, but my schedule was so hectic that we could never set a date that was convenient for the both of us.


One weekend I had absolutely nothing to do, so I decided to text him to see what he was doing. Coincidentally he did not have any plans and invited me to come down for drinks that night. I agreed to join him.


Dressed in a wife beater and a pair of long boxers, Diego greeted me at the door with a hug. When I stepped inside of his apartment, I noticed that all of the lights were off with the exception of the light from his television, a few candles, and a dim light coming from his bedroom. Trying not to read too much into things, I did not think too much about the setting because in my mind this was nothing more than drinks and conversation.

“You look very nice” he said with a slight grin while his eyes looked me up and down.


“I wish I could say the same about you,” I thought to myself.


I did not expect him to look so casual! I knew we were just having drinks, but he looked like he was going to sleep. Diego walked out of the kitchen and handed me a glass of Moscato. While I sipped on my wine, he had a shot or two of patron. We casually talked, but it seemed like I had to initiate most of the conversation. I asked him several questions to try to get to know him better and to get conversations flowing but his responses were very brief. The poor conversation let me know that he wasn’t that interested in getting to know me.  He began to explain his ritual for guests that come to his place for the first time as he poured another shot of Patron. He cleared his throat and slid the drink in front of me.


“Well just to let you know…….. It’s custom at my place for first time guests to take a shot with me.”


“Custom? This is a joke right?” I laughed out loud.


“No baby, this isn’t a joke” he smiled and poured another shot of patron.


“We’ll take one together”


I gave him a long side eye.


I raised one finger in the air.


We toasted and took the shots. 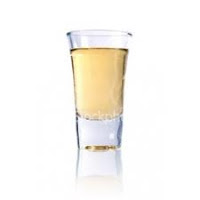 Diego suggested we watch a movie. The first movie he put in was not interesting, so I asked him if we could watch something else. Of all the movie selections, he decided to put in a R. Kelly concert dvd. While he was putting in the dvd, I felt a sharp pain run across my neck and back. I took both of my hands and began to rub the areas where I felt the pain.


“Are you okay”, he asked concerned.


“Yea, I’m fine. I have a crook in my neck and it has been bothering me all day”


“Well you know, I’m not trying to brag but I’m pretty good with massages. I can knock that crook right out for you…….”


I gave him another long side eye.


“Yes really…I know how painful crooks can be”


About 35 to 40 minutes into the dvd, the alcohol started to kick in, and I began to yawn.


“You’re going to sleep on me already, Awwww man”


“I’m sorry, I told you alcohol makes me sleepy”


“Let me go ahead and give you that massage then”


I did not see a problem with him giving me a massage, so I agreed to it. He stood up and reached for my hands.


He took my right hand and led me to his bedroom. As we walked into the dim candle lit bedroom, we were welcomed with soft, subtle slow jams coming from his Ipod.  With the crook nagging at my neck and the alcohol slowly walking me down, the intimate atmosphere did not cross my mind. The massage was my forethought. He told me to lie on the bed and take off my shirt. I always wear a tank top underneath my shirt so I was perfectly fine with taking my shirt off. He started with my neck and progressively moved to my back. I have to admit, Diego was great with his hands!  A few minutes into the massage I noticed that his face was getting closer to my neck and upper back, and his hands were slowly descending below my waist. Shortly thereafter I felt his warm tongue on my neck and left ear. 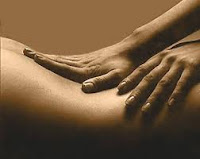 It had been a while since I was that close to a man, so I had to snap myself out of the trance I was slowly falling into. I’m glad I snapped back into reality when I did, because his hands had slowly made their way to the zipper of my jeans.


“Oh hold up!”I quickly moved his hand away from my waist.


“What’s the problem baby?” He proceeded to pull down my zipper.