A Little Taste of Hollywood 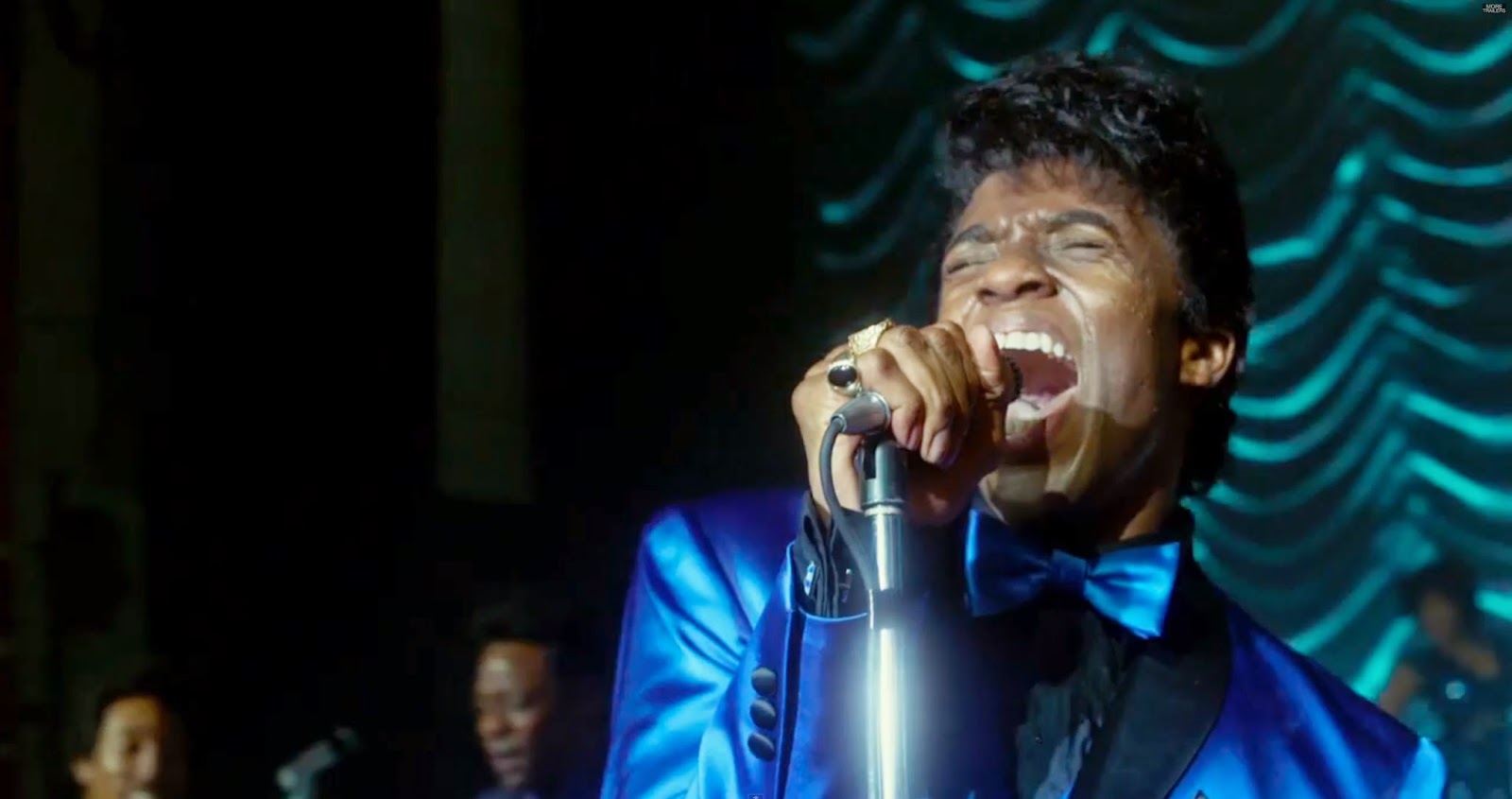 James Brown biopic Get on Up.  When I found out the movie

searching for locals to play extras, I just couldn't turn down the

opportunity to submit for a role even if it was small. I mean how

movie especially about a man who was so influential to music

I was selected to be an extra in 3 scenes; a church scene, a concert

scene, and a club scene. The experience was so exciting and the

period. Each day started off with wardrobe, makeup and hair

styling, and from there the extras were taken to the set for a long

day of filming. Filming could start at 10 am and not end until 1 am

the next day. Each scene was filmed from different angles so that

alone took a few hours. In my concert scene, I had to be a young

performing. When the director yelled for the filming to stop in

between each take, we had to recharge our energy and when the

cameras started back rolling we had to become those excited

screaming fans again. The first hour or two of doing this was fun

but 9 hours in was exhausting (LOL). But if I had the opportunity

to do it again I definitely would. I have a new level of respect for

go through in order to film one small scene. 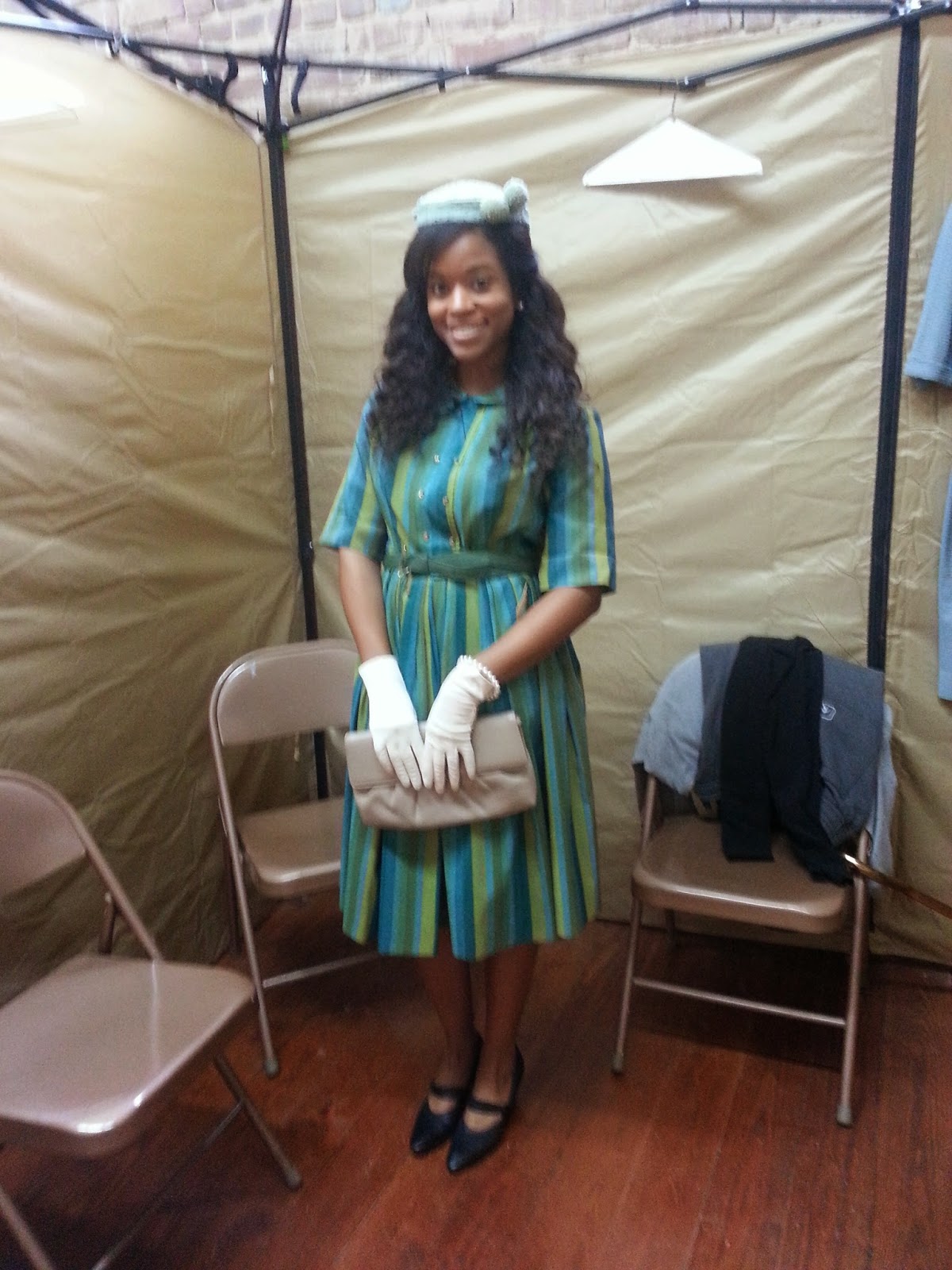 This was the day I got fitted for the church scene. 1950's church girl

The day the trailer for the movie was released, my twin sister who

was also in the movie woke me up out of my sleep to watch it. We

screamed like little school girls as we searched the trailer intensely

family and friends. At the end of July, a movie premiere was

held in Natchez, Mississippi and I was invited to attend along with

several other extras. My opinion might be somewhat biased but I

thought the movie was pretty good. It definitely wasn't the typical

biopic; it focused more so on James Browns’ performances and not

so much on his personal life. To see how the movie came together

after being a part of the filming was amazing. Those 13 hour scenes

that I was in were only about 5 or 6 minutes in the actual movie. I

could easily miss me (LOL). The acting was great and I think

I think he is going to be the next Denzel Washington. He seemed

very humble and nice AND he isn't bad to look at either! ;-)

Chadwick if you ever come across this, get at me! 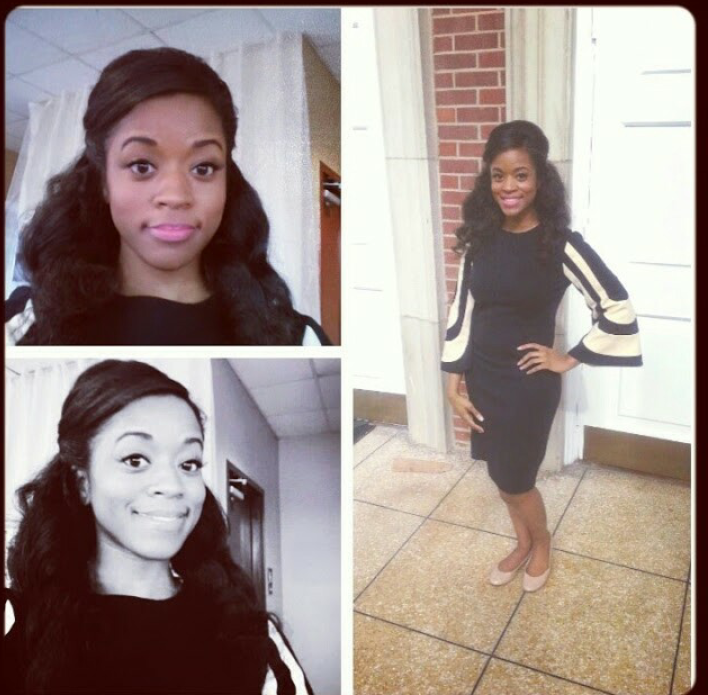 The Tami Concert (1960s). This was my favorite look, I felt like a young Diana Ross.

Robinson and Chadwick Boseman. I got a little taste of Hollywood

and smile. Life is short so live in the moments that make you smile

and try to create memories that will last a lifetime! 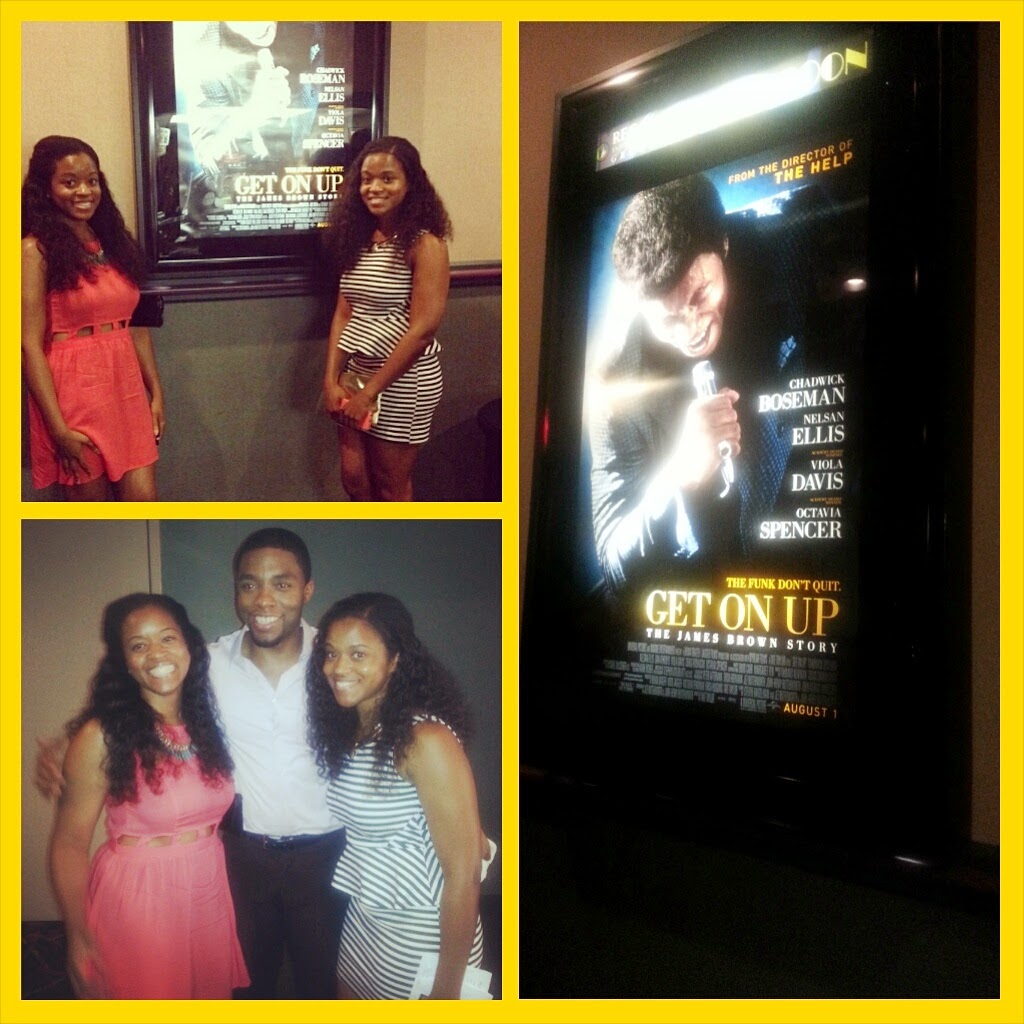 The Get on Up Movie Premiere in Natchez, Mississippi.

Get on Up movie trailer